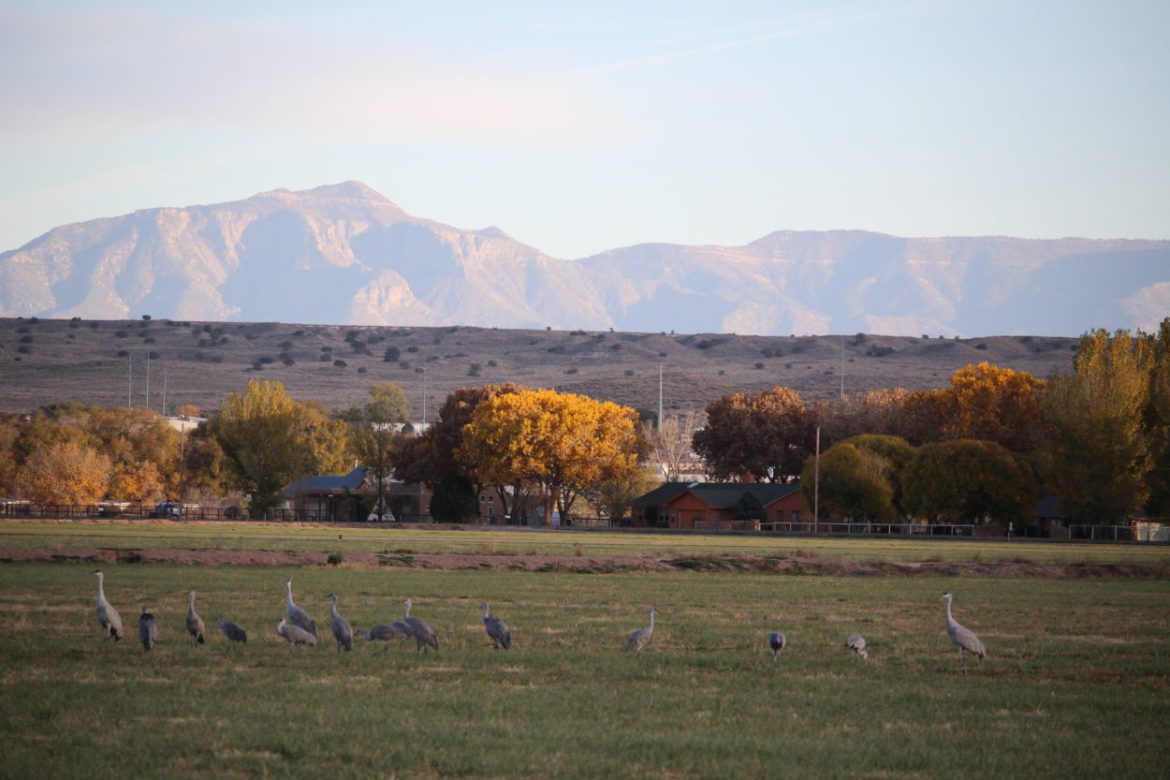 The straw that broke the camel’s back is how South Valley resident and activist Marla Painter, President of Mountain View Community Action, described New Mexico Terminal Services’ proposed hot asphalt batch plant.  If it gains final approval, the plant will be built on land zoned for agricultural use only and within view of an Albuquerque crown jewel, the Valle de Oro National Wildlife Refuge. No doubt, the noise, dust, and smell will affect the refuge as it will the residents of South Valley.

Living in South Valley neighborhoods like Mountain View means living with heavy industry. Mountain View is a neighborhood of small homes situated between the Rio Grande River and I-25, south of Rio Bravo Boulevard, and it should be an area of quiet beauty, of birds and breezes. It was once primarily a farming community. In the early 1900s, serious flooding and salinization wiped out much of the subsistence farming, leaving vacant land in a large area of the community. The Middle Rio Grande Conservancy District started flood control projects in the Valley and imposed fees on farmers who had survived the ecological disaster of the early twentieth century. In the mid-1970s, the city of Albuquerque, without consulting the residents of the already-existing Mountain View community, zoned most of the empty farmland for industrial use in order to provide space for heavy industry relocation from areas adjacent to new housing developments elsewhere. The city ignored the fact that people lived in Mountain View. Primarily, Hispanic people.  Heavy industry moved in with a vengeance.

The residents of Mountain View are still there and constantly exposed to the assaults of heavy industry in their front yards.  The area between 2nd Street and I-25 is home to oil terminal sites, unregulated auto and heavy equipment salvage sites, a sewage treatment plant, contractor’s yards, recycling facilities (some of which crush and burn materials), chemical storage facilities (including chlorine distribution), concrete crushing facilities, oil and gas transportation transloading facilities, and already-existing asphalt batch plants.  All of these facilities bring with them heavy diesel truck emissions, noise, bright lights, dust pollution, the smells that go with heavy industry, and the unseen pollution that cannot be seen or smelled.

The city has one air quality monitoring station in the neighborhood and maintains that the air in Mountain View has never exceeded Federal air quality standards.  However, Marla Painter, who is a long-time resident, says the area is subject to quirky air currents and winds and the people who live there and are subject to dust and other pollution on a daily basis know the standards are not protective of human health in Mountain View.  Dust is a particular problem for residents as the heavy particulate matter settles in the lungs and has brought on increased cases of asthma, heart, and other pulmonary diseases.

Residents have been fighting the New Mexico Terminal Services proposal since they found out about it.  In spite of all their protests on October 26, 2020, the City of Albuquerque Environmental Health Department issued an air quality permit for New Mexico Terminal Services to build the asphalt plant on land currently zoned A-1 for agricultural use only.  Supporters fear that the owner of the facility will use the city’s issuance of an air quality permit to convince city planners to circumvent the rules and provide his plant with a special use permit to operate on agricultural land. It is a mind-boggling workaround for anyone who cares about how local government works and how tax-paying residents are treated.

Mountain View residents are supported in their fight by an impressive list of organizations. They include the New Mexico Environmental Law Center, Friends of Valle de Oro, the Coalition of South Valley Neighborhood Associations, the Partnership for Community Action, the Board of the Audubon Society of Central New Mexico, and the Rio Grande Chapter of The Sierra Club.  State Representative Andres Romero, State Representative Brittney Barreras, and County Commissioner Debbie O’Malley have all written to inquire about how they might help.

The coalition appealed the city’s decision to the joint county-city Air Quality Control Board, the final local authority.  They are hopeful the board will overturn the permit issued by the city.  We should note that if the board does overturn the city decision, the city of Albuquerque will fight it.  In a last blow to a neighborhood fighting for justice, the city will provide the lawyers to fight the decision giving New Mexico Terminal Services a free ride.

Ultimately, South Valley residents are hoping the New Mexico legislature will address the issues they face by passing legislation to require a cumulative examination of the extent and environmental impact of heavy industry in the South Valley.  For years, these people, not rich, not prominent, have suffered from the impact of the city’s decision to make their neighborhood a nexus for heavy industry.  This is an issue of environmental justice and it is time for the city of Albuquerque to deal with it.