No Sign of Stopping:
Dipo Alam and His Paleta Bar Venture 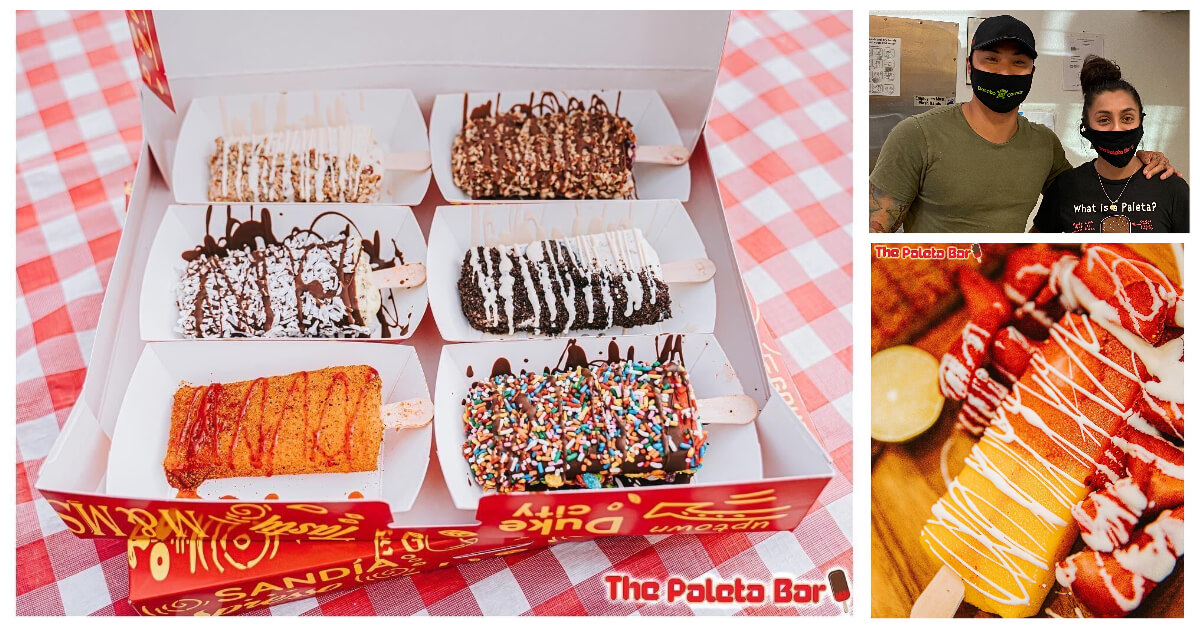 Westside resident Dipo Alam came to the U.S. as a professional soccer player at the age of 17.  He never dreamed he would leave soccer and start a business that brings a smile to everyone’s face when they walk in the door.

Since he opened the first Paleta Bar near Coronado Mall in June 2017, he now has 15 locations throughout Albuquerque and surrounding areas. Paleta, Spanish for “little stick,” is Mexico’s version of a popsicle, but made with fresh ingredients, including fresh fruit and toppings that add another delicious layer of uniqueness to the frozen treat.

There are two Paleta Bars open on the westside – one at Riverside Plaza and one on Southern Blvd. in Rio Rancho. Two more westside locations are in the works —  one in Ventana Ranch which will open in August and another on Golf Course and Irving opening next year.  And Alam has no plans to quit growing. Stores in downtown Albuquerque and the far northeast heights are planned for the fall and he will open in El Paso next year. He also has locations in Las Cruces and San Diego.

His business ventures began in Los Angeles when he grew his first franchise, The Potato Corner. He arrived in LA at the age of 17 and worked his way up to running 30 Potato Corner locations and eventually opened one in Albuquerque in 2017.  Never satisfied with resting on his laurels, he presented his paleta idea to the owners of La Michoacana De Paguime, another dessert bar in Albuquerque, and once they agreed to partner with him, The Paleta Bar was born.

Alam learned the skill of business at a young age growing up in Indonesia. His mom would wake up at 4 a.m. every morning and would start cooking.  He was up early, too, practicing soccer. His mother told him that she wouldn’t give him money to go to school to buy food.  Instead, she gave him food that she made to sell so he could earn his own money.   She modeled his philosophy of empowering others to work hard to succeed. “Desperation is the highest motivation,” he said, adding that he learned early on that hard work brings great rewards.

Today, he empowers his 70 employees to provide great customer service and create excellent desserts, drinks, and jerky.  His newest business, Spring Rollin’, sells fresh custom-made spring rolls and Vietnamese Bon Mi sandwiches.  It is located next to The Paleta Bar in Riverside Plaza at Montano and Coors.

He shares his entrepreneurial spirit with his employees.  He looks for employees who have a desire to grow with him. “I don’t want someone to work for me, I want them to work with me,” he said.  He mentors them closely and through that relationship, he helps others who have the same spirit become owners of their own store.  The Paleta Bar in Bernalillo is being bought by the store’s manager.  Alam hopes to make that opportunity available to others on his team.

If his business endeavors weren’t enough to keep him satisfied, he is a big believer in helping others less fortunate.  He partners with the UNM Children’s Hospital and donates $1 for every “Miracle Bar” he sells. On Sundays, you will see him at Coronado Park donating food for people who are homeless through the Last Chance Ministry.

Alam’s optimism is infectious and he wants his employees to share his enthusiasm for excellent customer service and an impeccable product. He and his staff welcome every customer with a smile and a greeting as they come through the door.  What you won’t see at any of his stores is an employee standing around staring at their cell phone.

“I started from nothing,” he said.  “The story is you work hard, you start now, you do your best and let God do the rest.”  He believes that coming to the United States has brought him many opportunities.  “When you work hard on yourself, then working hard at your job is just part of it,” he said.

He believes he is fortunate to have moved to the U.S. and obtain citizenship. “If you want to appreciate living in the U.S, go to a third world country and you will be grateful to be here,” Alam said. “This is the land of opportunity.”  Good advice, especially in these dark times.