In his budget proposal released on Feb 10, 2020, Donald Trump called for deep cuts to affordable housing efforts and other important safety net programs in favor of his plan to bolster spending for the U.S. military and nuclear arsenal and lower the deficit. His budget would actually decrease funding for the Department of Housing and Urban Development (HUD) by 16.4 percent from 2019.  Trump also requested less money for rental assistance programs, such as Housing Choice Vouchers, and proposed that tenants who are able to work and receive assistance contribute 35 percent of their income to rent instead of 30 percent.

Because Congress is currently split between the two parties, Trump’s budget has little or no chance of passing – but it still means advocates for government-funded housing assistance have to fight against cuts instead of fighting for increases that many believe are critically necessary.

In a statement for The New York Times, Diane Yentel, president of the National Low Income Housing Coalition said: “With this budget request, President Trump and [HUD] Secretary [Ben] Carson are making clear in no uncertain terms their willingness to increase evictions and homelessness—for vulnerable seniors, people with disabilities, and families with kids who will be unable to manage having to spend more of their very limited incomes to cover rent hikes.”

We don’t want to see the sorts of cruel outcomes Ms. Yentel describes. So, throughout the coronavirus pandemic and long after, let’s keep in mind that—like healthcare—affordable housing is one more quality-of-life reason to work hard to elect Democrats at every level, from local offices to the White House.

For deeper understanding: Selected by Diana Budds of curbed.com, these five noteworthy books explain how the affordable housing shortage intersects with issues like race, poverty, real estate speculation, gentrification, finance, and even who shows up to public meetings. 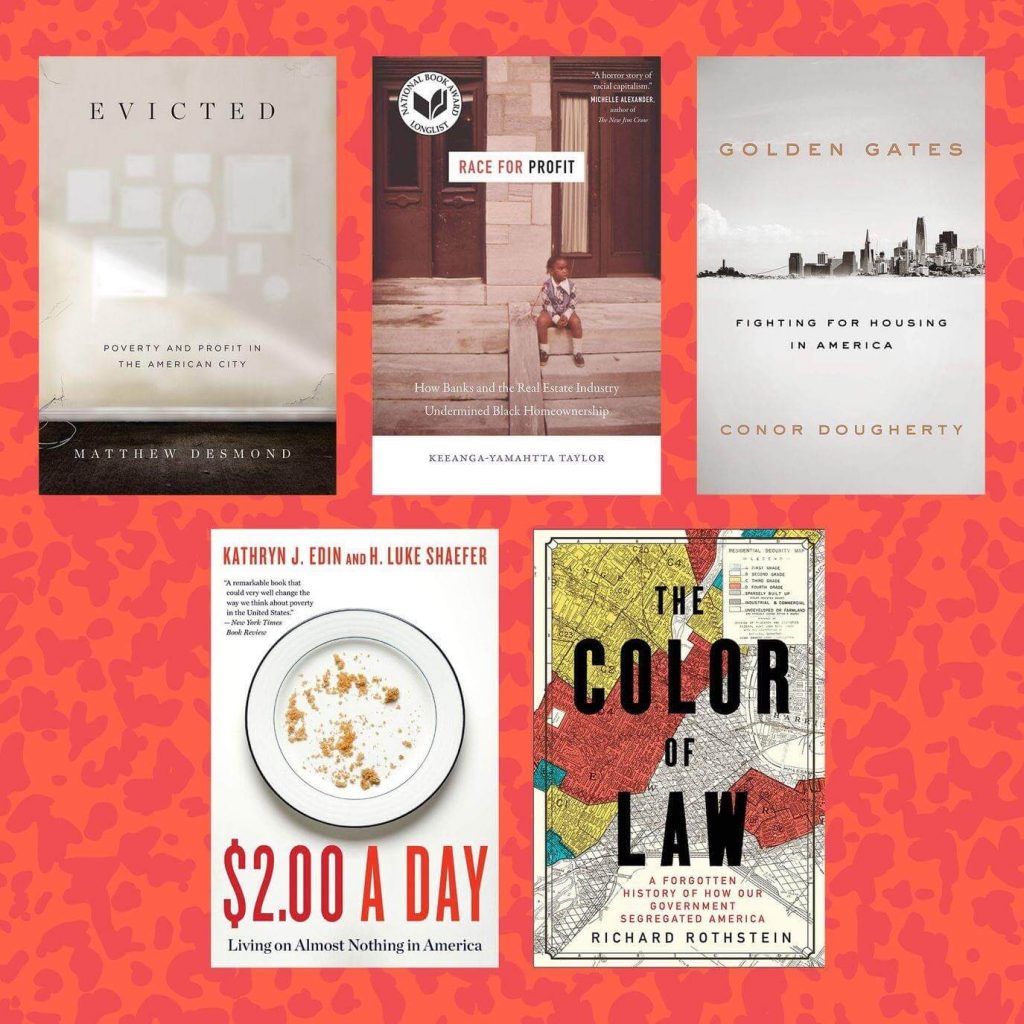